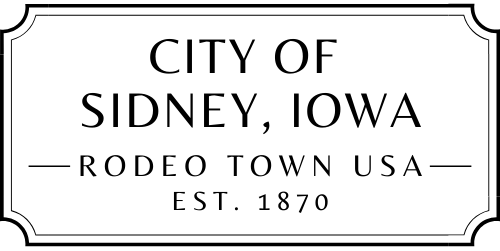 Welcome to the City of Sidney!

Sidney was laid out in 1851 and was originally to be named Dayton. The surveyors were boarding with the Milton Richards family. Richards wife suggested they rename the city for her hometown of Sidney, Ohio.

The Sidney Iowa Championship Rodeo, operated by American Legion Post No. 128 since 1924, claims to be the world's largest continuous outdoor rodeo and one of the world's largest rodeos with around 38,000 visitors each year. The event is held in late July/early August. 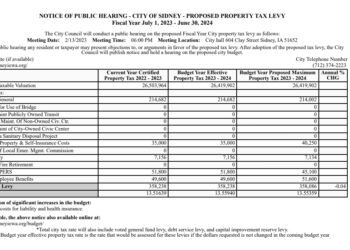